How to Install Under-Cabinet Lighting 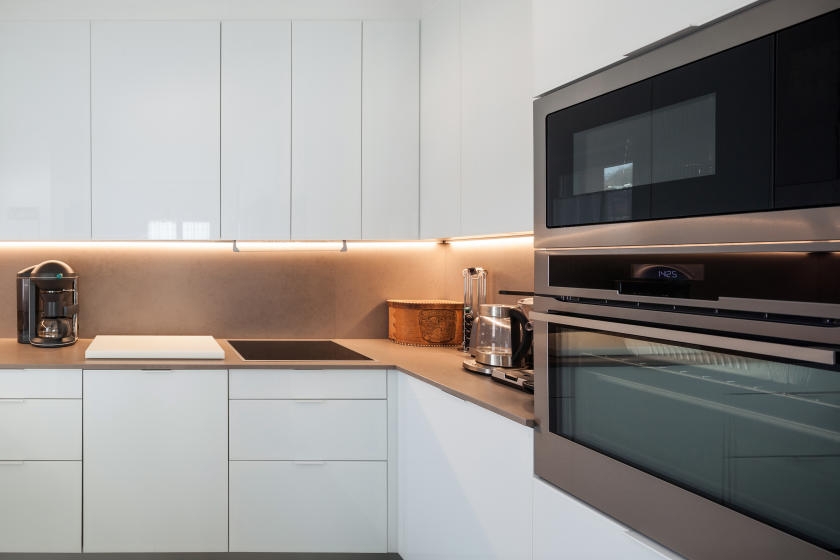 Under-cabinet lighting can work as both accent lighting and task lighting to make your kitchen a more pleasant and functional space by adding ambiance and enhanced lighting for cooking and preparing meals. There are a number of lighting fixtures and bulb types to choose from. Many under-cabinet lights can simply be plugged into an outlet. This project, however, will address hard wiring a 1-light fluorescent under-cabinet light.

There are a number of under-cabinet light fixture types to choose from: puck lights, linear lights, and strip lights are the most common. Puck lights are small, round lights, linear lights are on a track with lights spaced along it and strip lights are rectangular fixtures with a long tube bulb. Bulb types vary as well, but fluorescents are probably the most common. There are also incandescent, halogen, LED, and xenon bulbs. Halogen bulbs provide the purest light but also put off more heat than other bulbs. Xenon bulbs provide similar levels of light as halogen with less heat output. LED lights provide less focused light but are more energy efficient.

When deciding on under-cabinet lighting, you should consider the layout of your kitchen cabinets. Measure the cabinets to see how much space is available to work with, so you know what kind of lights will work best. Decide how many fixtures you need. Concentrate on areas where you need the most light when cooking. Under-cabinet lighting provides direct light without shadows right where you need it, so you can see what you’re doing. A general rule of thumb is to have one 12" fixture or three to four puck lights (or the equivalent) for every 3' to 4' of counter space. Don’t worry if you don’t have a lot of space to install lights; puck lights for example are small and maybe all you need for some applications.

If lighting is not correctly installed it can be a safety hazard. Take into account your electrical expertise. Hard-wired lights require some kind of electrical experience if you’re not going to have an electrician install them. Evaluate your skillset so that you don’t get in over your head. You can always install lights that plug into an electrical outlet.

Find an electrical source in your kitchen to which you will connect your new lights’ wiring for power. You will most likely be able to use a nearby outlet for a feed. Try to use the closest outlet possible to make it easier to feed the wire from underneath the cabinet to the electrical box and new switch. Remember to turn off the circuit you are working with by turning it off at the main electrical box. If you’re unsure, you can also shut off power to the entire house. Tape a note on the main electrical panel to warn others not to reactivate it.

Consult local electrical codes in your area to be sure you are installing wiring safely and consistently with the requirements set forth by the codes.

Remove the wall plate for the existing outlet that you will use as a power source by removing the screw using a screwdriver. Pull out the receptacle and disconnect it from the wires. You are going to be widening this hole in the wall to make room for an on/off switch for your new lights. Place a two-gang outlet box over the hole and trace around it with a pencil. Depending on which side of the stud the existing box is installed, the existing outlet box will be on one side of the new box, either on the left or right side. Use a drywall saw to cut into the wall along your traced lines to enlarge the hole. Remove the wires from the existing box and pull them out of the hole just enough so that they don’t fall back inside the wall. Pry the existing box from the stud, using a screwdriver or pry bar, and remove it from the hole.

Secure the wires to the wall with masking tape to keep them from falling back inside.

Now you want to run cable from where the light fixture will be installed to the hole you just enlarged for the new outlet box. Hold the fixture housing in the location where you will install it and put a mark on the wall directly behind the fixture’s knockout hole. This is where the wire will travel from the fixture into the wall. Use a stud finder to be sure a stud isn’t directly underneath the drywall where you made your mark. If there is one, move your mark to either side of the stud since you will be drilling a hole here for the wiring.

Use a drill and a ½" spade bit to drill into the wall where you made your mark. Estimate the distance between the hole you just made and the hole for the two-gang outlet box. Cut a 12/2 NM (nonmetallic) electrical cable at the needed length, with enough extra wire for slack, and feed it through the hole just under the cabinet to the electrical box hole. Tape it to the wall outside the electrical box hole or otherwise secure it so that it doesn’t slip back into the hole.

Follow the manufacturer’s instructions closely to install the under-cabinet light fixture. Many models require that you disassemble it partially and attach the fixture’s housing to the bottom of the cabinet using provided screws. Before you put it in place, remove the “knockout” plug in the back of the fixture. Use a screwdriver or similarly shaped tool to punch it out if you need to.

Install a cable connector in the knockout hole and use wire strippers to strip about 6" from the end of the electrical cable, and then push the cable through the connector and tighten the connector to hold the cable in place. Connect the fixture’s white, black, and green wires to the same color wires from the cable, as directed by the manufacturer.

Feed both the existing cable that was attached to the old receptacle and the new cable for the fixture through the two-gang electrical box and then slide the box into the hole. Many boxes have screw-driven plastic tabs in the corners that lay flat while you install the box in the cutout. You can then use a screwdriver to raise them and tighten the box against the wall inside the hole to hold it in place. See manufacturer’s instructions for detailed information. Use wire strippers to remove enough plastic sheathing from the NM cable to make connections easily.

Before starting on wiring, make two 6" pieces of black and ground wire and a 6" piece of white wire and strip ¾" of sheathing on both ends of each piece. Also, if your old kitchen outlet isn’t a GFCI outlet, it should be. Replace the regular outlet with a GFCI. Follow the GFCI outlet’s installation instructions carefully.

When all wires have been connected, bend them in a zigzag pattern so that they will easily fold into the wall box. Push the switch and the GFCI outlet into place in the electrical box and then tighten the two screws for each that hold them in position using a screwdriver. Install a new switch/outlet plate by screwing it into place using a screwdriver.

Install the bulb in the fixture and attach the cover. Restore power to the circuit and test that the light comes on when the switch is thrown and also test the GFCI outlet. Press the TEST (usually black) button on the GFCI outlet. The power should cut off to the outlet. Push the RESET (red) button to reset it. Plug in an appliance to ensure that it provides power.

Congratulations! Now you’ve got extra light in your kitchen where you need it. 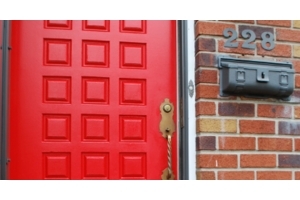 From Blah to Beautiful: My Front Door Paint Job 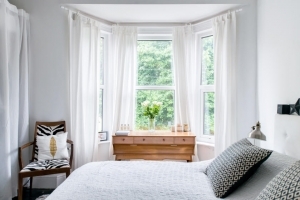 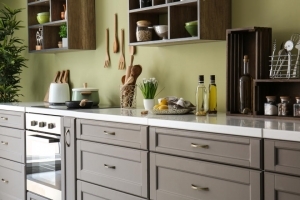 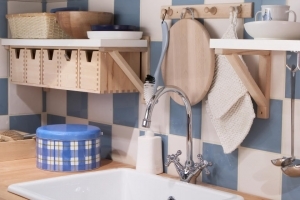 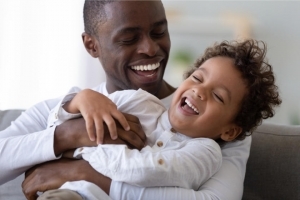 Get Organized for Back to School 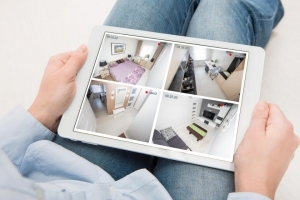 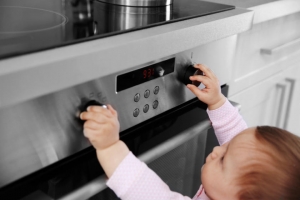 8 Steps to Childproof Your Home, Inside & Out